Lack of trust in European institutional actions reigns.  The Austrian NGO Global 2000 and the European branch of the world-wide NGO Pesticide Action Network have filed a criminal complaint against the European Food and Safety Agency EFSA, and against the Bundesinstitut für Risikobewertung (BfR) – the German institute for evaluating risks.  The Germans helped sway the vote on 27 November in the European Commission in favour of extending the use and commercialisation of glyphosate for another 5 years.  (See glyphosate voted in for another 5 years). 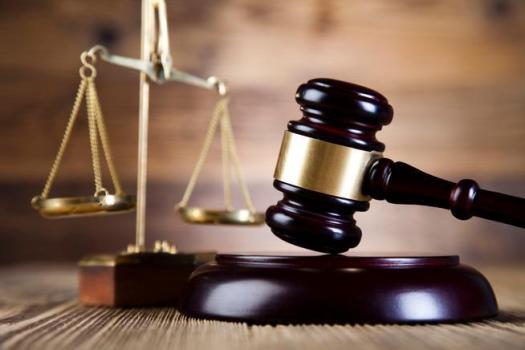 Taking their case to the EU Court of Justice, the NGOs accuse the European authorities of collusion, interference and copy-paste from a Monsanto document dated 2012, rather than producing an independent evaluation of glyphosate.

Recap:  In November 2015, the EFSA reported that glyphosate was unlikely to pose a carcinogenic hazard to humans, whereas the World Health Organization’s International Agency for Research on Cancer (IARC) said in March 2015 that glyphosate is a suspected cancer producing product: “probably carcinogenic to humans (Group 2A)”.

Putting into question the legality of the studies on which the 27 November EU vote was based, the NGOs accuse the EU of not abiding by the European regulation of 21 October 2009 (concerning the commercialisation of plant protection products).  That regulation requires independent, transparent and objective evaluations.

Already last June, four Euro-deputies from the ecologist group Verts/Alliance libre européenne (ALE)  went to the European Court to gain access to the studies passed on by the industrial giants to EFSA, since previous attempts to access the studies had failed: EFSA would only hand over partial information.

The Euro deputies are also calling for European agencies to change their internal regulations so that they will only use studies in the public domain, as is the case for WHO’s International Agency for Research on Cancer (IARC).

You can see reports published by the Commission here https://ec.europa.eu/food/plant/pesticides/glyphosate_en

3
Share on FacebookShare on TwitterShare on Linkedin
PreviousGlyphosate. Voted in for another 5 years by the European Union
NextAngel