Ahoy there over the Channel.  Let’s face it: this is no ‘no fault’ divorce: the UK’s legendary lukewarm reluctance to embrace Europe, and Brussels’ tortuous bureaucracy.  Emotional opinions are flying.  I’ve been asking around in Paris and Normandy.

At our building’s yearly AGM on Friday, where co-proprietors discuss, decide and vote on improvements to be done for the safety of the building and our living conditions, I arrived shell-shocked with the results to join in the usual camaraderie which we’re lucky enough to have in our building meetings.   These AGMs, attended by the multi-cultural and multi-ethnic residents of the 14 flats which comprise our building, can be likened to a kind of mini World Union where differences are ironed out, compromises are made, and agreements are signed and sealed – if not sometimes without difficulties.  I’ve often thought how miraculous it is we all get on so well.

“Oh, don’t worry,” Yolande says to me, “have a drink.  De Gaulle was right, the British are another breed… ”

“That was 50 years ago,” M. Sanchez, the Spaniard from the third floor quipped as he signed the attendance sheet.  “The world’s a different place; we’re supposed to have moved on since then.”

“Not the British,” Monsieur Lambert from the first floor chimed in.  He works at the Crédit Foncier, the national mortgage bank of France.  “At last we’ll get our young and qualified people back [from London].  Never could trust the British …  A nous maintenant!”

We were – fortunately – quickly called to order by the Trustee: our Agenda was long; we had to vote on a budget to get our 150 year old building to legal standard: regulations, regulations – but regulations are there for our own safety, we all agree.

I took the train back up to Normandy the next – Saturday – morning and was invited to dinner with Jacko and his family in the next village.  Perhaps the farmers and country people, I thought, – and the elderly – would have a different opinion.

You’ll have met Jacko in my article Dr Who?  He and his wife Chantal had nine children and several grandchildren.  Some of them are around the table with us.  One son is a builder, another runs a boulangerie, another works in the local supermarket.  The grandson Alain, aged 24, is an ambulance worker, his girlfriend Marie runs a fleet of buses serving schools and elderly people. What, as young French people, do the grandchildren think of Brexit?

They shrug their shoulders. “What was it all about anyway?” Marie asks.  “Immigration, seruity: they‘re not in Shengen, so what’s all the fuss?  Je ne comprend pas…”  She and Alain have been to England several times.  “It isn’t easy getting in, what with the queue at the customs, opening up our bags, showing our ID, answering questions. What more security than that can they ask for? ”

A few minutes later, after the roast chicken (from the back yard) Alain says, “Why should we keep those immigrants in Calais any more?  They all want to go to England so… well… let them go!  Why should we cooperate with the English if they don’t want to co-operate with us?  Let the English deal with them.”

Jacko you’ll remember is 82.  He is a retired cattle farmer and knows from his younger farming friends how Brussels’ regulations now oblige farmers to spend more and more time in front of their computers filling in the obligatory forms so as to receive EU aid.  “Nothing wrong with standards,” he says shaking his head, “otherwise it’s n’ importe quoi: chemicals here, there, for a quick fix.  We need our regulations.”  *

Note the “our”.  Even in the countryside, even beyond retirement, a Frenchman feels European.

As he pours out the Clairette (sparkling white wine) and cider, Jacko says that they – he, his wife, everyone – feels abandoned.  “Just when we all need to keep together … you don’t just dump someone when the going is bad. We’re supposed to help each other.”

I tell him it was his generation – retirees – who’d voted for out, and country people like him. Unlike the youngsters who’d voted ‘In’.   “Don’t they – the retirees – have family?  Don’t they care about their grandchildren?” he raises his hand in exasperation.  Sense of family is still very strong in France; particularly up here, and I’m privileged to have been almost ‘adopted’ into this particular one.

Back at home the next morning, I pick up the newspapers I brought with me on the train and try to make sense of it all.

What the French papers say.

The Figaro, tendency right of centre, pinpoints Nigel Farage as having fuelled trouble, bringing the ugly immigration card to centre stage. They quote a French researcher living in London: many in the UK blame immigrants for the drop in salaries, for taking benefits, she says.  Brexiters took advantage of the confusion between intra and extra European immigration.  But, she points out, a non-European immigrant cannot legally get into another European country.  So, what’s the fuss?

Just as Marie said round our Norman table.

Ordinary people in the UK, the column continues – having to explain to French readers that the Brits use this label ‘ordinary people’ which sounds quite derogatory when translated into French – do not benefit from immigration the way the UK ‘elite’ do: for example who, of the ‘ordinary people’, have a Polish nanny? The elite, who do a lot for the UK she admits, need to somehow regain the confidence of these ordinary people – without having to bow to UKIP.

The President of the region Nord-Pas-de-Calais Xavier Bertrand is quoted further on, asking for a renegotiation of the Le Touquet Agreement on the migration camp, the famous “Jungle”. (Alain’s sally the night before over dinner springs back to mind).  What position are the French going to take on a new Agreement?   We should stay realistic, the ex minister for the Interior Claude Guéant says, “If the migrants who flow into Calais are sent to Dover, the English will send them straight back and that gets us nowhere.”  Hmmm…

I pick up Le Parisien, a daily covering national and international news, and local news of Paris and its suburbs. “Brexit,” it says, “is the triumph of national egotism.  It is in clear opposition to the message Europe gives of ‘ensemble, on est plus forts’.” (Together we are stronger). “Europe is not just about regulation and constraints; it’s also about communal money put together to build our roads, develop scientific research, explore space, and open up to other cultures thanks to the Erasmus exchanges.”

Just like our multi-cultured AGM with us all voting measures to keep us and our building safe, up to date, – and happy.

Another column in Le Parisien sees real estate specialists rubbing their hands together with glee.  “Hey guys, welcome back to Paris!” they quote the message on the home page of Haussmann Prestige.  French expatriates will come back home – as Monsieur Lambert said in our AGM.  Even if Brexit isn’t the prime reason for the growing number of people preparing to return (fall in real estate prices and suppression of the dreaded Fortune Tax), Brexit is definitely the accelerator – recent soaring figures on real-estate requests from London back this up.  Haussmann Prestige say they have noted a 25% rise in offers to buy in Paris, all of them, or nearly all of them, coming from the UK.  “Before we used to deal in properties of around 1 million Euros,” an expert from another real estate company Coldwell Banker is quoted as saying, “now it’s gone up to 5 million.”  Paris will also benefit from Bank relocations from London to Paris (Goldman Sachs, HSBC, JP Morgan).  Richard Bellanger, another agent, expects around 5000 big-budget buyers to arrive in Paris within the next 12 months.

Libération; the popular yet intellectual left of centre newspaper unleashes a particularly cynical if not clever article ‘thanking’ the No voters for plunging not only Europe into turmoil but their own country, dividing everyone at a time where unity is of primordial importance.  For those of you who read French, here is the link:  A sense of humour is indeed needed, such this cartoon from Libération.

I’m back to The Figaro, reading its measured editorial.  “Europe” was originally idealist, invented to stop war and force a kind of synthesized cooperation, it says, a Europe now helpless in the face of financial and migratory crises.  So we mustn’t blame the Brexiters for just being ‘insular’.  Blame them for being ungrateful: always with just one foot in, they profited from all the advantages of Europe, and slipped out when it suited them, avoiding and refusing the necessary constraints any Union inevitably implies.  Nevertheless – the writer says magnanimously – we should wish them good luck while we Europeans must quickly now turn to improving the method, objectives and participants of a “New Europe.”

As for the financial consequences for France: without UK contributions to the EU, France – French senator Albéric de Montgolfier claims – will see a 5.6% rise in its contributions (= 1.2 billion Euros).  But – and a big But: if the UK took on the Swiss model, France would experience some financial relief, since Berne contributes to the EU budget.  It would also be spared some relief if the UK joined the European Economic Area, like the Norwegians who generously finance the EU.  France could therefore come out better financially.  However, the senator says, stunted growth linked to Brexit will mean less fiscal receipts which could lead to a loss in France of 10-20 billion Euros…

I applied for French nationality mainly for affectionate reasons: I love France, have lived here most of my life; it has served me well, through thick and thin. Getting to know the French takes time but is rewarding: I love their warmth and sense of engagement.  But I also applied for nationality because of the growing possibility of a Brexit and I couldn’t bear the idea of being cut off in any way from them or Europe in general. I was eventually granted French nationality last year.  My next article will recount the steps taken, the paperwork, the frustrations against a seemingly impossible bureaucracy.  But it was very much worth the struggle.  It culminated in a particularly warm and friendly official ceremony.  The inclusive feeling is comforting, to say the least.

* To pick up on the comment about farming, read this article from The New Yorker on what Brexit could mean for British food. 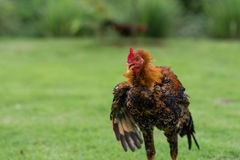 Share on FacebookShare on TwitterShare on Linkedin
PreviousSpot the Bee with the number plate in London
NextGlyphosate: the War on Weeds