Alone against the storm she fights while others 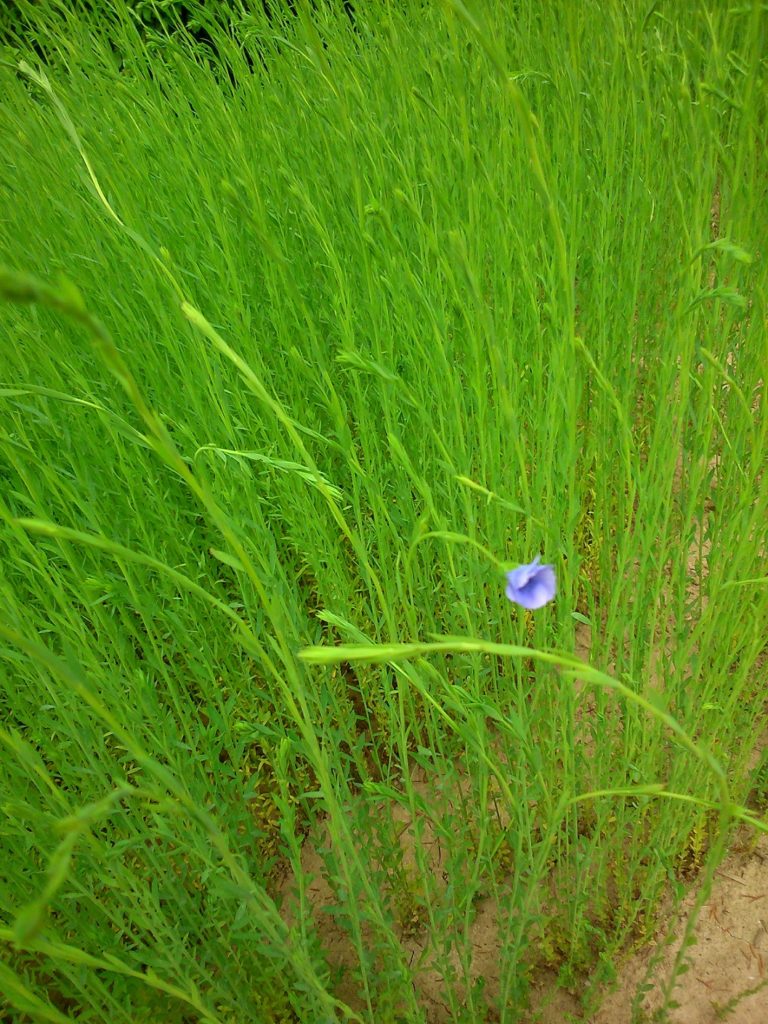 bow and wait, hide and bend for cover,

dares show her face, however shy the smile

she braves the skittering wind, stays upright in the gale

and won’t give up, while those around her fall.

However fine her petals, they draw the light

and nourish stems and roots, fight off the blight

so we can share with her her seed, her fibre

and her firm resolve,

weave her linen flax around our limbs, be bold

and brave the storm which comes to shake the fields,

stand upright, sure and smiling as it wields

that flash of slaying hand we will abate,

This poem was written following the knife attacks in Paris and London and a terrific wind storm in Normandy, after which I found a lone flax flower still standing in a partially devastated field.

The north part of Normandy, thanks to the humid climate and silt in the soil which retains the humidity, is one of the regions of France best suited for flax growing. Half of European linen grows in Normandy; France cultivates 76% of European linen. France is the first producer of linen in the world, ahead of China and Russia.  China produces linen of lower quality; it buys scutched linen from France which is then spun and woven in China.