You never would imagine he could close up like that,
like an oyster, wrinkled mouth sealed shut
contours of hermetic rock.

I tried to prize him out of his privacy,
bore through the crustaceous shell
but everyone told me he was impenetrable.

They did not know
I once lay couched in the shell of his inner mind,
it was cool in there, and silky.

We went to Skye where the sands were even cooler.
I told the hotel staff to leave him
thinking in his chair.

The waiter was polite, he smiled too much
wrung his hands with stiff embarrassment
he was only trying.

That night I slept alone.
His silence eats away my mind
hollow cries trapped in airless caves

I fear madness in his crinkled lips.
Something dreadful stalks the world
I cannot see

“They’re building a bridge to Skye now,
I heard the waiter call.
Some-one coughed, a dry whistle from the throat

we are all diseased but the world spins on.
I lay five days waiting while the sky slid by.
We had sea-blown salmon served on briny green.

The sun cut through the stained glass pane.
“It’s something about the marrow,” someone said,
“it aches and aches.” He looked up,

laid his hand on mine.
Cold streams of broken waters
yet dry, ungiving.

Our room was dark
someone was sobbing in the hall
he leaned over, caressed my hair

I cease to be afraid.
Someone screamed behind the wall
“It’s nothing,” a voice said but the scream came again.

There are those who join the legions of dishonesty
they march on in madness up the mountain
come hurtling down, all folly, to the sea.

I turned to watch his mind uneasy on the pillow
heard sighing seas and heaving hosts of restlessness
once-wise words withering in disillusion.

The truth lies locked up and no-one can find it.
An even worse misunderstanding
strides across the earth.

“We only see what we can alter,” some-one said one evening long ago
“the rest does not exist.”
He laid down his knife and fork, stood up,

He left them in their fragile world. I followed him,
further away than you can imagine,
watching the glow fade on his back.

I had to follow.
Is it madness, sadness?
This is part of my torment.

Someone knocked on the door,
the waiter bowed, clutching a platter:
Breakfast, tea and oranges,

he lingered, leaning in, too curious
I had to reassure him, then made him go.
I brought the tray gleaming to his chair

his eyes lit up, examining the label,
”All this has come from far away,”
I thought I heard him say.

He swallowed firmly, damming back the demons of the past.
I caught his hand, could not let him go.
Some thread, invisible, binds me

yet some sing in churches bondage should be freedom.
We stepped over barren land out towards the sea,
the still-grey surface stunned by an empty sky

we walked to the edge, he took my hand
and still he did not speak
but there were caverns echoing. 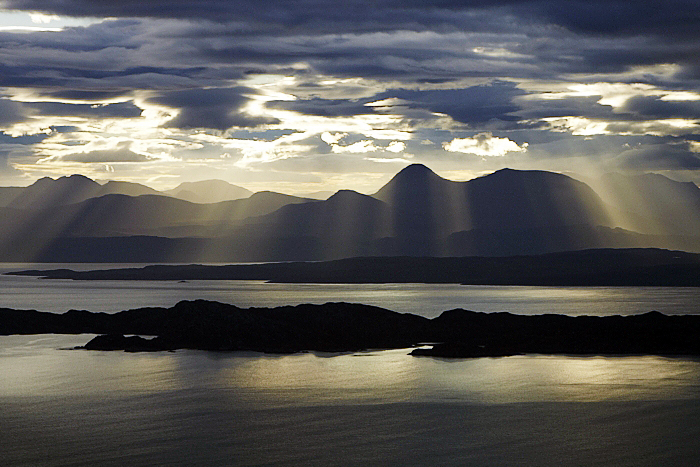