transition? During the recent French presidential campaign he was teased as the candidate of the ‘en meme temps’ (‘at the same time’): it was his pet phrase in debates and interviews and it became difficult to believe he would be capable of taking decisions, so much was he trying to appeal to both sides of the political spectrum.

Perhaps this personality trait could be an asset. Some see his apparent arguing for both sides as confusing and lacking focus.  He has been accused of being ambivalent.

During the campaign he spoke little on the environment and ecology, unlike his rivals.   He spoke more of business, maintaining nuclear and refused to condemn outright industrial farming.

However, what has been more important for most French was that he managed to oust the far-right Front National candidate Marine LePen. Not only that: he has propelled the Centre-right Republicans and the Left into disarray.  The Front National has since splintered, if not imploded. This puts him in a strong position, so far.

A new Ministry and Minister for Ecological Transition

His ‘en meme temps’ approach makes some feel uneasy:  which way he will sway, and what exactly does he most care about?  He has recently been criticised by green activists for a lack of drive on environmental issues.

To reassure, Mr. Macron has responded by appointing the very popular and well-esteemed ‘Green Man’  Nicolas Hulot as Minister of the Environment – or rather Minister for Ecological Transition as the post is now called.  Mr. Hulot is the president and founder of the Fondation pour la Nature et l’Homme, an NGO, and has over several decades worked assiduously for environmental protection and reform.  Until now he has refused all offers of a ministerial post, although did serve as ex-President Hollande’s special envoy for the protection of the environment in the run-up to the COP21 Climate Conference. *

The fact that the popular (amongst environmentalists) Mr. Hulot has accepted the post inspires confidence.  But then he has been highly critical of President Macron’s environmental programme (as recently as this month, between the first and second round of the Presidential elections of 27 April and 7 May), which he claimed was doomed to exhaust nature rather than preserve and harness it. On the other hand ( ‘en meme temps’!) when Mr. Hulot took office on 17 May he was full of praise for the hard working outgoing environment minister Segolène Royal, who set up the ambitious Biodiversity Law amongst many other far-reaching environmental initiatives.

The  new President has chosen a cabinet whose views are anything but harmonious, no doubt hoping that such divergence will generate the best solutions.  (We hope).  For example:

The French NGO France Nature Environnement says the President’s programme is not as ambitious as they’d like, even if it is going in the right direction.  In return, President Macron justifies his green growth programme by calling it non-aggressive and more progressive.  But some would prefer him to have more punch.  On 9 May, 8 NGOs, including France Nature Environnement, WWF, les Amis de la Terre, and notably Mr. Hulot’s own Foundation, la Fondation pour la Nature et l’Homme, wrote an open letter to the new president underlining the priority of ecological transition, insisting there should be more coordination between the ministries responsible for Environment, Health, Work, Agriculture, Economy and Overseas Territories.

So, if energy transition to protect the environment and other ecological proposals were not on the top of the new President’s list during the presidential campaign, appointing Nicolas Hulot as minister for ecological transition is hopefully much more than just a show.

With a parliamentary majority he hopes to gain in June, Mr. Macron plans to initiate, within the first 100 days, what he calls the “Etats generaux de l’alimentation” (loosely translated as a ‘Forum on Food’).  He’ll bring together all professionals in the sector: distributers, producers, agricultural food industrialists and consumer associations in order to tackle the French agriculture crisis and reassure farmers that they’ll be paid at a higher price than the cost of production.  He has promised to open up negotiations on market regulation, particularly for milk and meat. And in Brussels he promises to fight to maintain the PAC budget.   Three budgetary promises during his campaign were:

The new Agricultural minister Jacques Mézard, a 69 year-old Senator and one-time farmer, met with the farmers’ unions La Confederation Paysanne  and the Coordination rurale on 23 May.  There again feelings were mixed, not towards the new minister as such, as towards the President’s programme.  The Coordination rurale came out non-combative from the meeting saying they gave the new Minister their backing, but the La Confederation Paysanne were less accommodating and demanded more help and fewer sanctions for farmers struggling with new regulations, and a moratorium on agricultural controls which were more punitive than informative. 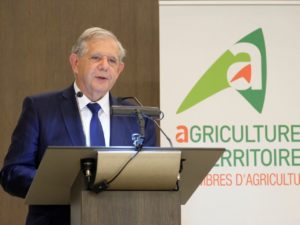 The Energy Transition Law and the Biodiversity Law  were already in place when the new President took office, both of which need to be applied and enforced while tricky questions are still left hanging, such as the evolution of nuclear energy in France for the period 2019-2023. Mr. Macron’s views on nuclear energy do not totally tie with those proposed in the Law.  And then more laws and draft laws are waiting to be dealt with, concerning littoral regions subject to climate change, the human right to drinkable water and sanitation, and the automation of emergency measures during peaks of pollution: Nicolas Hulot, as the 3rd most powerful minister in the government has his work cut out…

At the European level, France will want to defend its position on energy production and climate change, circular economies, glyphosate, and the definition of endocrine disruptors, negotiations which will take at the same time as Brexit negotiations, where there is a risk that country attitudes could shift: good negotiating skills will be essential in such a political climate, and Mr. Macron’s ‘en meme temps’ approach could be an asset.

On the international level, during the G7 Summit last week, President Macron was optimistic about co-operation from the US, after meeting President Trump to discuss climate change and the virtues of re-adjusting to new ecological standards which would, for one, create new jobs.  (Mr. Trump has been saying that he wants to create jobs by allowing polluting industries to re-open…) All hopes are now on Macron the negotiator as the world waits for President Trump to make up his mind in the next week to sign or not the climate change policies which all the other G7 countries have signed.

President Macron has so far shown he can bring Ministers together who have opposing views and who are prepared to work together and (hopefully) come to consensus.  Perhaps his ‘en meme temps’ approach, which journalists teased him about, is more valuable than one may think. 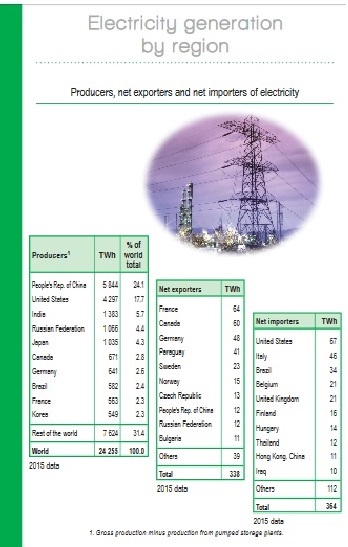 *More countries ratified the Paris Agreement last week in Bonn; 145 countries have now ratified; 55 countries alone are needed for the Agreement to come into force.

Country comparisons on ecological transition, published by the French Ministry for the Environment. May 2017.

Monitoring the Transition to a Low-Carbon Economy: a strategic approach to local development, OECD publication, 2015.

3
Share on FacebookShare on TwitterShare on Linkedin
PreviousRaise your own: beekeeping in France
NextFlax